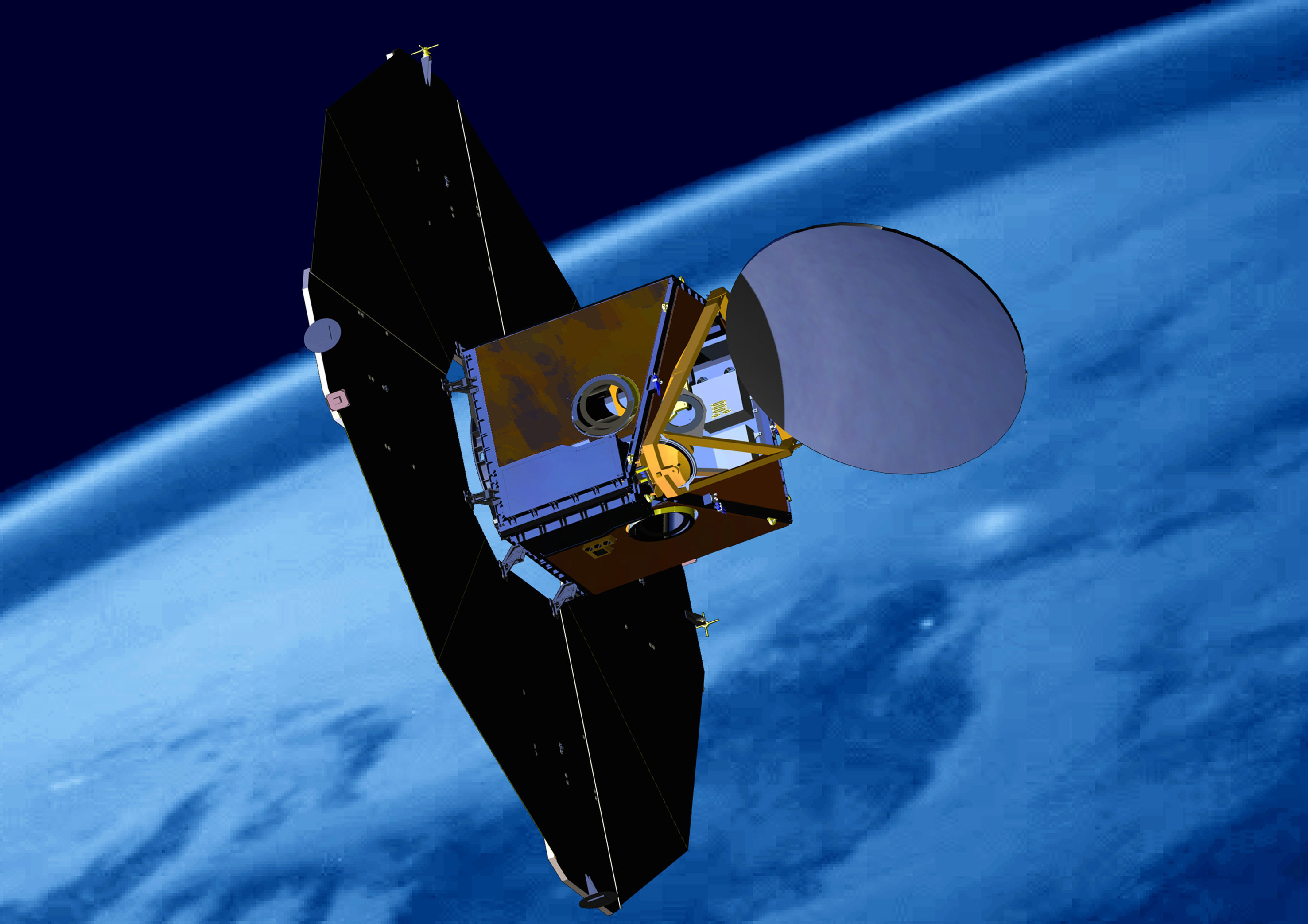 Odin was the fifth scientific research satellite to be developed in Sweden. Odin combines two scientific disciplines on a single spacecraft for studies of star formation (astronomy) and of the mechanisms behind the depletion of the ozone layer in the Earth atmosphere (aeronomy). These complex missions require highly accurate pointing, for aeronomy the spacecraft follows the Earth limb – scanning the atmosphere up and down from 6 to 110 km at a rate of up to 40 scans per orbit. When observing astronomical sources Odin is continuously pointing towards the object for up to 60 minutes.

Odin required a 2-year lifetime but is still fully operational since its launch in 2001 and is still delivering valuable data to the scientists.

The Swedish National Space Board and the space agencies of Canada, Finland and France.
Since May 2007, Odin is a shared mission with ESA – “Third Party Mission” and is now entirely an Aeronomy mission.

Launched in February 2001 on a Start-1 launch vehicle from Svobodny, Russia.