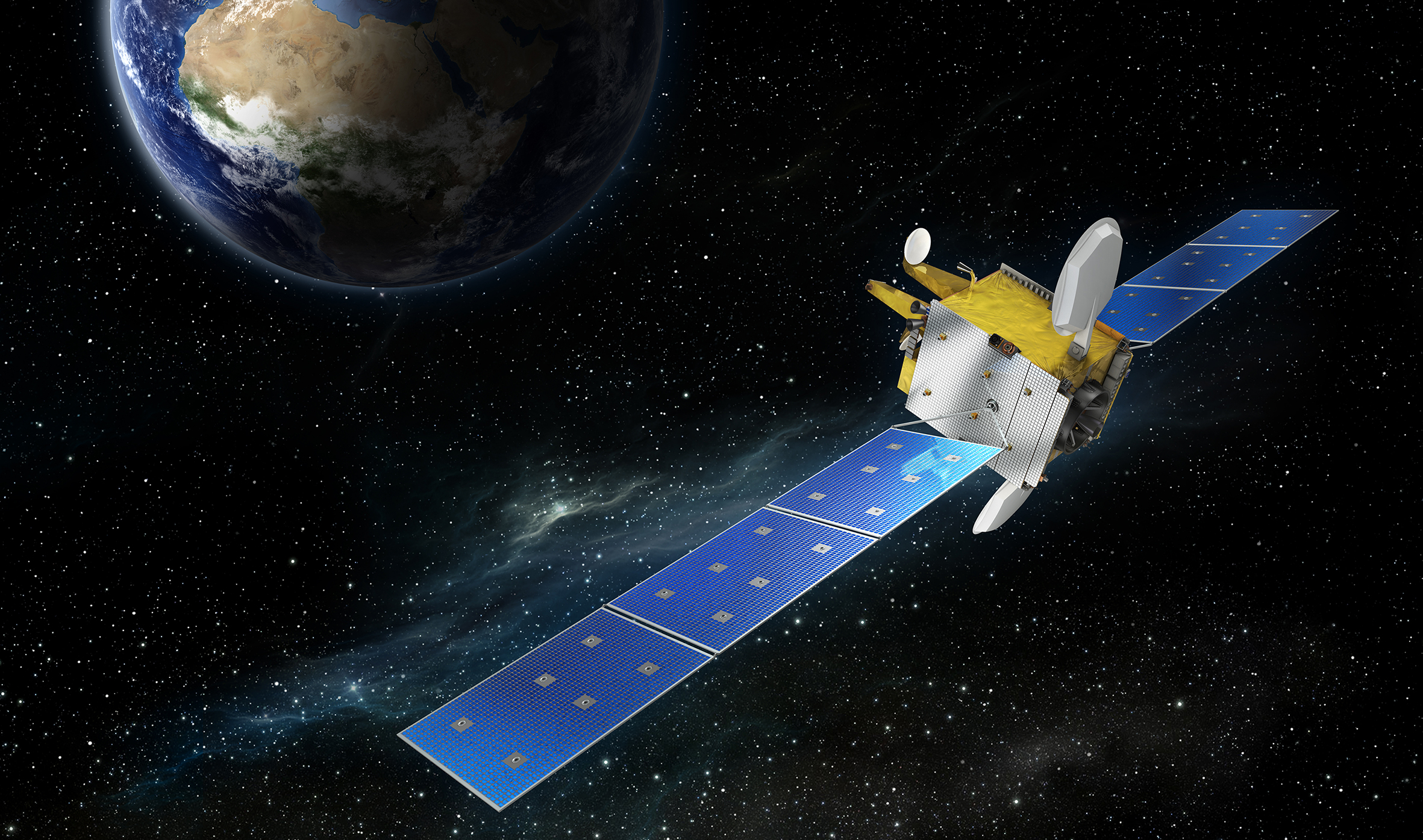 The Heinrich Hertz mission aims to explore and test new communications technologies in space at a technical and scientific level in order to determine how broadband communications, for example, can result in high data rates for mobile final users. As well as this, the mission will offer universities, research institutes and industry a platform for conducting numerous scientific/technical experiments.

In 2012 OHB System was awarded a contract by the Space Administration of the German Aerospace Center (DLR) for system leadership of the national telecommunications satellite known as “Heinrich Hertz” and the development of the necessary satellite. The contract that was signed provides for work to be performed on the pre-definition of all mission elements. The results of this definition phase will be used as a basis for the ensuing construction and testing of the satellite, for which a separate contract will be awarded.

As the system manager, OHB-System AG, Bremen, together with its core partner Astrium GmbH in Ottobrunn is leading a nationwide syndicate comprising Audens Telecommunications, GSOC, IABG and the DLR Institute of Communications and Navigation (IKN). Via a further contract with the space agency, TESAT Spacecom GmbH, Backnang, has been gained as a further key partner and will be responsible for working on the payload and payload technology.

Work is being performed on behalf of the space agency of the German Aerospace Center (DLR) using funding provided by the German Federal Ministry of Economics and Technology (BMWi) pursuant to a resolution passed by the German federal parliament with the numbers 50YB 0901 and 50YB 0902.

Phase A1/B work on the Heinrich Hertz communications satellite has been completed. The follow-up phases are currently in the planning phase.